Wilson is an African living in Budapest. He has arrived as a political refugee and wants to become a Hungarian citizen, but keeps failing the exams required for the application. The Citizen raises questions about the status of an individual – both as a citizen of a country (home or abroad) or as a citizen of the world. 𝑾𝒉𝒂𝒕 𝒅𝒐𝒆𝒔 𝒄𝒊𝒕𝒊𝒛𝒆𝒏𝒔𝒉𝒊𝒑 𝒎𝒆𝒂𝒏 𝒊𝒏 𝒕𝒐𝒅𝒂𝒚’𝒔 𝒘𝒐𝒓𝒍𝒅? This is the subtly raised question in this movie, at a time when, on one hand, equality, liberty and citizenship are becoming universal, but on the other, there are multiple obstacles on the road to be(come) a citizen. THE CITIZEN by Hungarian director Roland Vranik has won the Best Screenplay Award of the Fantasporto Film Festival in Porto, Portugal. 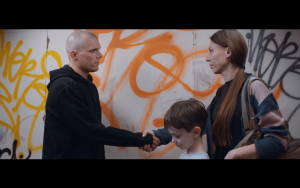 The Bucharest subway is blocked in the morning hours the day after a horrible fire accident in one of the night clubs of the capital, with a large number of young people killed and injured. This inspirational film by the young Romanian director Tedy Necula, which can also be seen as a sort of social experiment, is an allegorical story about the world itself and the relations governing it. Commuting people start talking to each other. What happens when time, by magic or accident, stops for a moment… or half an hour? When the other becomes me, and I become the other, when the time “lost” can become time “gained” (friend, experience, conversation). At the end of the road, after the journey, someone gets changed.

Winner of the Special Jury Award for Cinematography at the 2017 Sundance Film Festival and nominated for Best Short Film at the Venice Film Festival in 2016, The Woodpeckers of Rotha is an impressive visual portrait of the last residents in the plateaus of far-away Nepal and their dilemma: to stay with their memories, or to leave (like the others), and leave the memories behind. 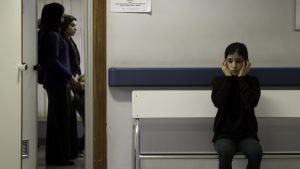 Fatma and her mother are Kurdish refugees in Italy. During a visit to the doctor, Fatma is translating for her mother, but an existential fear makes her silent. The film was running for the Golden Palm at the Cannes Film Festival in 2016. 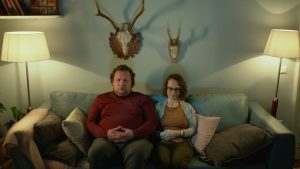 With its form, energy and symbolism, a new exhibition starts shaking up Bojan’s “harmonious” marriage. A comic story about a marital crisis told through the prism of contemporary art.